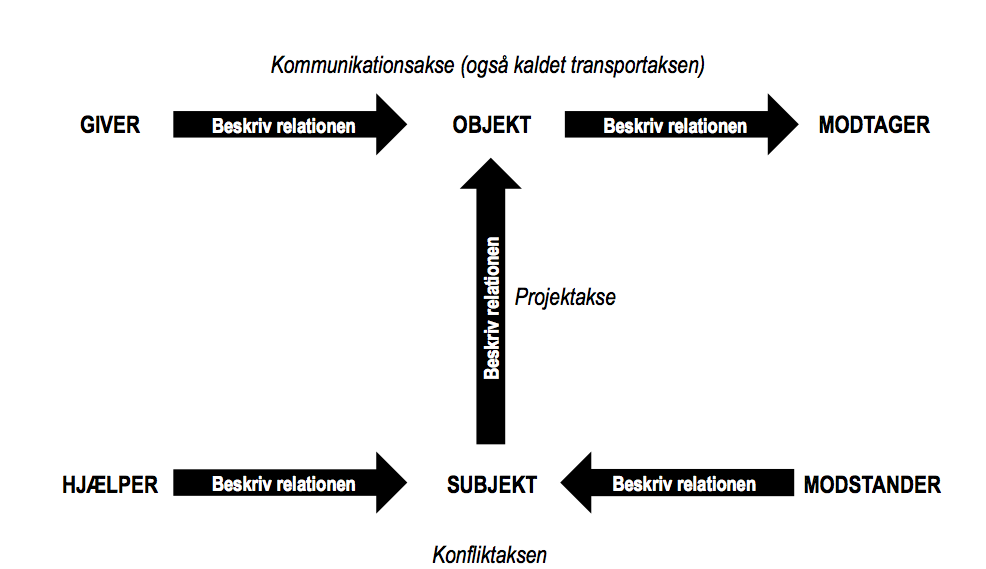 The actantial model (Greimas, 1973) has traditionally been used to examine and describe the different roles, functions and actions in storytelling. However, the model can also be an effective tool for initiating development processes through narrative scenarios. The special strength of the actantial model is that it serves as a checklist of the key players of the project while creating a coherent picture of relationships, functions and possible actions. In short, the actantial model can be used as a tool for identifying possible development strategies, planning projects and communication.

The participant model consists of 6 roles, which are denoted actants:

The actants are placed onto three axes:

By placing the different stakeholders or concepts of your project into the 6 actant categories the logic of the development process can be clarified in a simple model, which can work as a guide for the further development.

Print and use the template(in Danish) from the DOWNLOADS menu, and then: 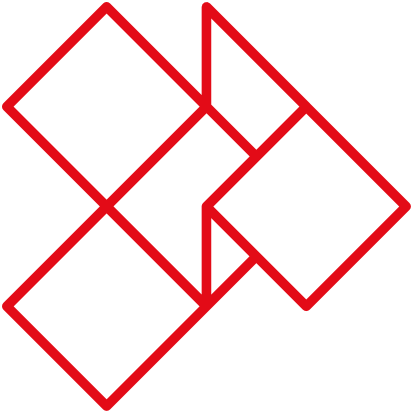 Decide which cookies you want to allow. You can change these settings at any time. However, this can result in some functions no longer being available. For information on deleting the cookies, please consult your browser’s help function.